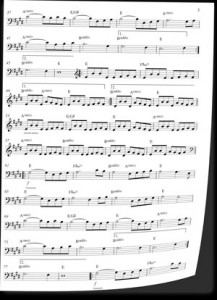 Recently I was talking to a friend of mine who is involved in teaching young lads the “art” of DJing…
It came up that kids approaching DJing tend to call a “measure” (a standard way of dividing and counting playable parts on a music sheet, also called a “bar” in British English) a “block”… At first it caught me totally off guard, and then it hit me: modern music software, although being time saving, giving you great opportunities and allowing musicians and engineers to do great things, aren’t exactly educational to people who are just curious about music.

Today’s music software, apart from helping professionals in what they do, lures thousands of novices into trying it and makes everyone feel at home. True and true but: is a user-friendly interface enough for you to start making music? If you are a musician or an engineer of course it is, otherwise you will just get lost within thousands of possibilities and colorful interfaces, caught in a loop that gets you stuck always doing the same thing over and over again.
If you aren’t a music pro, you are tossed into playing sounds on the computer without understanding what you are doing. But worst of all you might think that you are learning music, or even that you are a musician!
It doesn’t matter how you slice it, if you play with “legos” you aren’t a musician.
Yes, you can show your mom and your friends how good you are at playing with those lego-block-look-alikes that you move back and forth on the timeline and you could even make a song out of it: but would it be an actual song? Would it be original? Would it be good enough to compete with the pros? Nope, 99% of the time!
Sorry for awakening you into the real world: musicians study music, break their backs on instruments and software everyday and don’t play with “legos”, hoping to build a great “construction” that resembles a song.

I concede, it is true that the more you do something the better you’ll do it, but here we are talking about music so, despite super talented people who can break the rules, most talented artists have to study to put their talent to use (I’m using “most” simply because I have met geniuses; they are the exception and they can blow your mind). 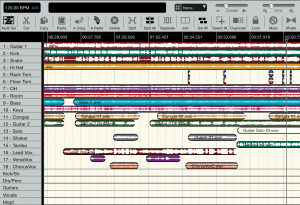 Back to us, what about those kid-DJ-wanna-bes who hear a great tune by David Guetta and want to emulate it? What do they do? Do they start a music course? Maybe they start a master class at Berklee? No! The majority of them simply play with “Legos”. Yes, one measure of recorded music on a music software definitely looks like a lego block but… is this what music has become? Kids playing with legos? Many songs nowadays are made with “lego blocks” and you can definitely hear the difference between these and real songs. I’ve “played with lego” myself, and had fun too, sometimes I even made a decent sounding tune but… Music is something else, I didn’t fool myself about it for one second.
Always study for what you want to do, know your way around your equipment and do great things because it is what you intended to do, not because you got lucky.

Let kids play with Legos. Music has already been defiled, let’s use technology to help us play actual music and not let technology play for us.
Let’s make Music the Art it used to be.

Drew is a Singer, Composer, Sound Engineer, Music Producer and a Writer. He’s always been involved in some kind of art, from visual arts to sound designing.
View all posts by Drew →
This entry was posted in Editorial and tagged Art, Considerations about Music, DAW, DJ, DJing, Lego, Lego Block, Music, Music Measure, News. Bookmark the permalink.
Logging In...